Oso Landslide Case Settles on the Eve of Trial

$50 Million Settlement: Why did the State Settle?

We were honored to assist in the lawsuit by victims of the Oso Slide against the State of Washington, the private land owner, and Snohomish County. Our office provided the space for many depositions and meetings for the survivors. I was asked to speak on the radio about the lawsuit and assisted in other ways. As a result, our office got to see the evidence against the State, County, and private property owner.

The devil is always in the details and this case is no exception. The evidence showed that State and local government had known of the slide problem since 1951 (over 60 years.) In fact, over 60 years ago there was a report warning that it was almost impossible to stabilize the slope and the creek behind the slide (called “headache creek”) should be diverted to reduce the slide risk. The report was authored after a significant slide in 1951. Nothing was ever done to divert headache creek.

In 1967 there was another significant slide that blocked the river. Another report was authored that warned

“This slide has shown that major construction below any of these old scarps should be done with extreme caution.”

Snohomish County had approved a subdivision immediately below the slide several years earlier. Nothing was done by the State or County to revoke the permit or buy out the one or two fishing cabins that existed at that time. Furthermore, nobody was warned of the danger.

Another study entitled the “Benda” study was done in 1988 and also warned of potential danger. The study advised that clear cuts above the slide resulted in 20-35% more rain getting into the ground water system. That is because trees prevent significant moisture from making it the ground. In 1989 the Washington State Department of Ecology (DOE) wrote to the Washington State Department of Natural Resources (DNR) and warned that logging in the area would destabilize the Hazel slide.

By 1999 there had been several more studies that had been authored. By far the most significant study was the “Miller” study. Miller predicted another slide was sure to happen and it would run out approximately 900 feet. However, even more importantly, Miller warned that if a change in slope geometry were to occur, the volume of the slide could be in an order of “magnitude” greater than 900. Magnitude means multiplied by 10. Therefore, he warned of a potential 9,000 foot slide if the geometry changed.

In 2001, yet another study warned that the Hazel slide “poses a significant risk to human lives and private property.” Unfortunately in 2006 a significant slide came down and blocked the river. After the slide a log wall was installed at the toe of the Hazel slide to prevent the river from eroding into the toe of the slope. No geotechnical study was undertaken prior to the construction of the wall. Unfortunately, the wall had numerous negative consequences. Most importantly, it trapped the 2006 slide debris behind it, along with the groundwater coming off the hillside. This created what has been called a “slip and slide” condition for any future slides.

Additionally, the 2006 slide changed the geometry of the slope as Miller had warned in 1999. This set the slope up for a failure at “magnitude.” In addition to all of this, the Department of Natural Resources, due to an outdated map and poor management, allowed the property owner at the top of the hill to clear cut approximately 8 acres in the ”ground water recharge zone.” Numerous experts warned against logging in this area. This heightened the likelihood of slide. Unfortunately, on March 22, 2014, after three weeks of significant rain, the Hazel slide triggered yet again. This time, it triggered in a “magnitude” fashion. This slide came in two separate events several minutes apart. Experts have theorized that the first slide hit the 2006 debris pile which shot the debris from the 2006 slide across the valley floor, causing an explosive and deadly result. A second slide came down minutes later.

What did the homeowners know?

Unfortunately, the homeowners did not know of the long history of slides. For the most part they believe they must be safe or the State and the County would not allow them to live there. During the litigation the County or State couldn’t produce evidence proving they warned homeowners of the danger of a “magnitude” slide. The evidence seemed to show that the government officials were more concerned about warning of flooding.

Over 35 plaintiffs sued the state, Snohomish County and the private land owner under various theories. Recently, the lawsuit against the County, for practical purposes, was dismissed. The residents are appealing that dismissal in the Court of Appeals. The State of Washington and the private land owner settled. A few weeks before trial, the attorneys for the residents discovered that the State had destroyed emails that should have been preserved in discovery. The emails were between the State’s experts and would show how the experts were devising their defense for the State of Washington. The emails destroyed pertained to the onsite investigation that was done by the State to try to determine the cause of the slide. The Superior Court judge described the State’s action has ”governmental arrogance” and ordered the State to pay $1.2 million in attorney fees and sanctions for their actions.

So why did the State and private property owner settle?

The state paid $50 million and the private property owner paid $10 million to settle. First, it is clear the State had ample knowledge of how their property endangered adjacent residences. They failed to fix the problem, manage the problem, monitor the problem or warn of the problem. Furthermore, the State allowed a private property owner to clear cut into a very important ground water recharge area. The private land owner appeared to be aware, or should have been aware, of the ground water recharge area independent of the State’s approval or disapproval. The actions of both parties resulted in creating a heightened risk that the slide would occur. It seems very clear that the State and private property owner would lose at trial and could possibly be on the hook for even more. Plus, the lawyers for the Oso residents had evidence that the jury would hear that the State was intentionally hiding evidence.

My Client, My Friend – Article for Washington State Assoc. for Justice Trial News

I was asked to write this article about trying a[...] 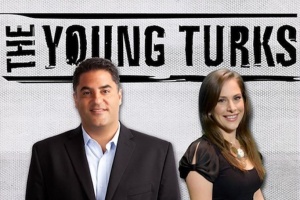 Young Turks discuss some of the issues regarding the case[...]

Lawsuit Filed against Microsoft for requiring employees to view videos of Murder, Child Pornography, and Violence

Lawsuit Filed against Microsoft for requiring employees to view videos[...]